Pixie said:
Indeed they do see things through the filters they have installed, and equally, if a person only sees scientology as something that 'works' they too will interpret and post accordingly. It works both ways Paul.
Click to expand...

Yes that is very true, though I think that anyone in cofs makes much more use of "filters" than most ex's.

In fact they are not even allowed to look at information ("entheta") which would throw any doubt on their beliefs so it may never even get to the point of having to be filtered out mentally.

In my own case I do try to remember any positives about my time in cofs as well as the more prominent negatives. Not always easy though.

Lemuria said:
Yea, I want to hear other people's take on this, but send your suggestion to my mailbox.
Click to expand...

There is nothing there. Everyone who has had superpower delivered to them has either crashed, blown off lines or worse. It is vaporware.

But it is valuable vaporware as people will give money towards it....money not tied to that pesky concept "exchange".

Div6 said:
There is nothing there. Everyone who has had superpower delivered to them has either crashed, blown off lines or worse. It is vaporware.
Click to expand...

I haven't seen the issues of what the C/S calls by that name. I wrote a long critique of what is on the Net by the name, after auditing it. Some of it is much more than "nothing", but it won't turn one into Mr. Superballs.

Dulloldfart said:
I haven't seen the issues of what the C/S calls by that name. I wrote a long critique of what is on the Net by the name, after auditing it. Some of it is much more than "nothing", but it won't turn one into Mr. Superballs.

From what I remember of superballs in the 1960s, that's a good thing. Hard compressed rubber that bounced twice as high as a regular ball and hurt like **** if it hit you in the stomach - fun for a while, but you weren't sorry to return to the regular ones.


Div6 said:
There is nothing there. Everyone who has had superpower delivered to them has either crashed, blown off lines or worse. It is vaporware.

But it is valuable vaporware as people will give money towards it....money not tied to that pesky concept "exchange".
Click to expand...

You are right on. I knew a few people who did superpower back in 1978. They were doing very poorly in life afterwards. SuperPower is and was a big flop, even in the original form.
Smitty
K

miscaviage and his implant station aka super power lol

this duffice built a building up at rtc called building 50, i guess it's like area 51, roswell lol.

the super power was so that out-ethics dudes up at int management could get up the the conditions on their post, that was it. apply the ethics book helloooo.

but instead of doing the simple thing, the obvious thing, this dude, regged the feschbachs for millions to do his little research project, exercise equipment. which will never work cause well there will be too much liability, lawsuits waiting to happen and then osa will kick into gear. around and around in a circle you go lol.

but it justifies the regging and building the austentatious building so that he can live in a life of luxuary at everybodies expense. while everybody eats rice and beans he's sipping on champange and caviar.

wow, the waste, soooooo out-ethics, lrh never did that. he was very frugal, he wasn't into all that bullshit, he's rolling over in his grave as we speak.

wow, they could have taken those millions and put that into dissemination to really clear the planet.

basically, miscaviage is dramatizing his case, he's an implanter.

Wikipedia Super Power Building
According to the Church of Scientology, the building will contain specially developed equipment, which "expand on technology developed by NASA to train astronauts" designed to exercise and enhance an individual's 57 "perceptics" (senses). These machines will include such things as an antigravity simulator, a gyroscope-like apparatus that spins a person around while blindfolded to improve perception of compass direction, and a video screen that moves forward and backward while flashing images to hone a viewer's ability to identify subliminal messages.
http://en.wikipedia.org/wiki/Super_Power_Building

Soderqvist1: it has been claimed in the fist message here that “Ron developed the Super Power Rundowns in 1978 the same year as NED and NOTs came out. A busy year indeed. The Super Power was considered very important as they would affect the speed and success of Clearing the Planet. Ron ordered these rundowns released for immediate delivery. He considered it vital and urgent.” If Ron really believed that why didn’t he care to verify that it had been established before he passed away? But it makes sense that he didn’t because he did knew that he was a conman; and superpower rundowns wouldn’t speed up anything at all, it was only a show for public consumption!

Div6 said:
If I may, I think the point that Nexie is trying to make is that vanilla copy\paste from other sites with NO commentary by the poster is considered "poor form". While these sites may be news to some, to others they have already been discussed in other threads. And since this is a "discussion" board, straight copy\pasta is kind of confusing, as you haven't said anything really, just taken something from somewhere else and inserted it here. We are more interested in your reality, not what some static web page has to say.
Click to expand...

I disagree. This "vanilla copy/paste" provided useful information which I found to be quite intesting. Much better than simply providing a link, and if the poster has nothing of his own worth adding, then he shouldn't add it.

Terl said:
I never heard this stuff before but that's how I understood it, as well. It sounds like an effort to recreate the incident and allow a person to confront it. No? Surely they are not announcing that they're going to implant people. They're not THAT stupid.
Click to expand...

I'm sure "they" think "the public" ARE that stupid and that they'll be lining up with checkbooks/credit cards in hand to sign up to be implanted. See my previous comments: http://www.forum.exscn.net/showthre...res-leaked-to-Tony-Ortega&p=646769#post646769 .


Smitty said:
You are right on. I knew a few people who did superpower back in 1978. They were doing very poorly in life afterwards. SuperPower is and was a big flop, even in the original form.
Smitty
Click to expand...

In RONS Orgs, "Super Power for OTs" is alive and well. And so are the people who have done it.

I've started it, but due to circumstances beyond my control, have had to stop until I take care of some other things.

Did this guy do Souper Powah? The "restore ethics and justice" as he was hiding in his trailer in the desert with his BFF Annie? 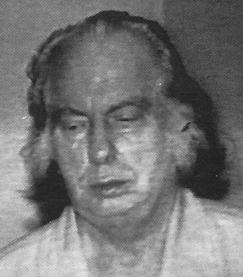 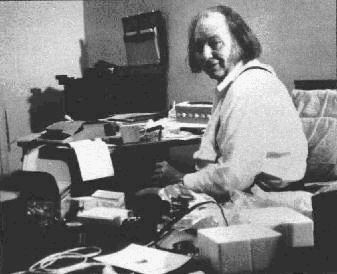 This man invented the BRIDGE and did all of the levels and DID SOUPER POWAH!

Souper powah is a nifty little money making machine! Too many people getting off the Bridge - broke, broken and delusional psychotics is what the Cult produces!

Run...don't walk out the door! GET OUT OF THE CULT.

I thought the Old LubbTurd claimed that he was, or was he Jesus Christ, or was it Budda? Blubbard was a delusional con man who thought he was something ... but was nothing but a CON!
You must log in or register to reply here.