EXCLUSIVE: Tom Cruise partied on the deck of Scientology's cushy cruise ship but ex member tells how at 16 she was forced to clean sewage in the Freewinds' bilge as punishment for not sexually satisfying older husband

The Freewinds cruise ship is the Holy Grail for any dedicated Scientologist: a coveted destination where members can mingle with rich and powerful A-listers - for a price.

It was here that Cruise celebrated his 42nd birthday and, in a famous video clip, was seen wildly singing and dancing on stage, while scenes from his most popular movies played on a loop behind him.

Described by the Church as ‘a religious retreat ministering the most advanced level of spiritual counseling in the Scientology religion’, the ship is where Cruise was said to have been holed up when completing his very final level in Scientology, Operating Thetan VIII, which members believe signifies complete enlightenment.

Meanwhile, down in the engine room of Freewinds, quality of life could not be more different. It serves as a ‘prison’ for punishing members of Scientology’s hardcore sect, the Sea Org.
Click to expand...

More at the link, including video

The headline is about Tom Cruise, but the bulk of the article is about Aussie SO member Ramana Dienes-Browning. 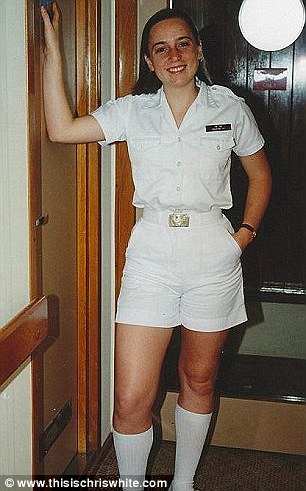 He was a favorite of the Chairman of the Board (COB), David Miscavige, and his celebrity buddies, because of his position working in the VIP bar lounge.

Within a few months, Ramana, who had just turned 16, found herself married and forced into a sexual relationship.

’He was onto me as soon as I entered the ship at 15, he was part of the team trying to recruit me. It was bordering on pedophilia especially as he asked me to marry before I was 16,' Ramana said.

'I just went along with it, he was a favorite of COB’s, he worked in the VIP lounge where the celebrities and executives were when they were on ship, their private space.
(snip)
Click to expand...

There go OSA PR's stats for the week.

Ramana was mentioned several times in yesterday's article at Ortega's Underground Bunker:
Another Leah, inspired by her namesake, comes forward with a harrowing Scientology escape

Just yesterday, Tony Ortega posted a story about another 15 year old girl that signed up for the Sea Org on the Freewinds:

Another Leah, inspired by her namesake, comes forward with a harrowing Scientology escape

Here's an excerpt of her story:

I was promoted again after doing well as switchboard operator, this time to the ship’s Sea Org Recruitment Officer. This is when things got really bad. I would pull all-nighters frequently. I was face-ripped constantly, often by the HAS who was a 6-foot-2 dutch woman who would also get in my face and back me up against the wall. She raised her hand as to hit me on more than one occasion but never followed through. I was also frequently face-ripped by the CO FSSO, Sharron Weber [the Commanding Officer of the Scientology entity that ran the ship]. She would stop me in the hall and lay into me. I was constantly being sent to the decks and then back on post and then back to the decks again, depending on whether my stats were up or down for that week. I was encouraged to recruit children, people with children over the age of 10 (I was told the kids would go to the cadet org). I was encouraged to recruit people who weren’t even Scientologists, like workers on the ship during dry dock for example. I was frequently given E-meter checks and the results were used to take away any libs [liberties] or CSP [Clean Ship Program, which was personal time]. We often weren’t paid at all on the ship — there were times I didn’t have money to buy tampons. I remember my aunt came to the ship as public once and she bought me tampons and clothes.

Isn't it wonderful?
You must log in or register to reply here.

Tom Cruise To Become Co-Leader Of Church Of Scientology? LOL!
2