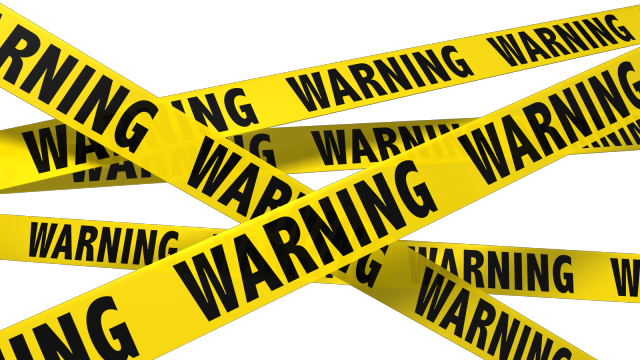 why don't you all upgrade your tactics?

why not try the pacifier play?

you know i'm doing some SUPERHEATED!!! writing on three other threads; make the aggressive move and engage cbs on those threads...

"the best defense is a good offense"


Hubbard knew the tech didn't work. He could not afford to have people openly commenting that "the Emperor had no clothes". Therefore he had to ensure that such talk was not allowed, and any lack of product was blamed on the auditor and C/S, and not on his tech.
Click to expand...

isn't step one; "knowing you have the correct technology"?

so you're just screwed trying to get through the very first step of any course.
does anyone know at what point you are subjected to that nowadays?

CB, I like you, but I think it's time you had your meds adjusted.

In present time said:
isn't step one; "knowing you have the correct technology"?

so you're just screwed trying to get through the very first step of any course.
does anyone know at what point you are subjected to that nowadays?
Click to expand...

Ah, yes, the trap at the beginning of the list. Notice he doesn't say "Determining that you have the correct technology", because that might just open up the door to actual examination of the actual products and workability.

The step declares that you must "know" you have the correct technology, casting aside any niggling doubts.

The KSW policy was the first item of every course checksheet when I was in (late 70's thru 90's), don't know about present time.

In present time said:
isn't step one; "knowing you have the correct technology"?

so you're just screwed trying to get through the very first step of any course.
does anyone know at what point you are subjected to that nowadays?
Click to expand...

Point of order... One is, "Having the correct technology."

If point One is fail, the rest is moot.

thanks for the clarification.
fortunately, it's been a while since i had to read that.
surely they don't put this on the "comm course" or whatever they call it these days.
it seems if you introduced this too early it might give the mark a heads up.

Eleven: Blame the pc when all hell breaks loose.
Twelve: Cover our asses when hauled into court.
Thirteen: When all else fails, kill the pc.
Fourteen: Disavow all knowledge of Thirteen.
Fifteen: Buy villas all over the world to hide in.

Panda Termint said:
Point of order... One is, "Having the correct technology."
Click to expand...

So KSW is only an Oxymoron:
Hubbardists and Scientologists even fail at the first step because they neither have any (workable) "technology" nor is it the "correct" technology to produce the promised result: Clears and OT´s.

But I can agree that "KSW" in reality should mean: "Keeping (stupid) Scientologists Working"

did ron stop smoking Kools and if so do you know when?

did ron stop smoking Kools and if so do you know when?
Click to expand...

After you pathological thread derailing cowboy obviously has lost the interest to answer any questions. But anyway I will answer your question instead:

and what's subtle about those 10 points,

is hubbard put knowing above thinking on one of his scales, and aligned the scales so that thinking was low toned. And thinking is actually using reasoning and critical thinking to use, so hubbard got us to bypass thinking (about scientology concepts) and compare scientology to something else. Not to mention the PTS "open mind" policies put into effect at the same time.

Thanks for sharing your experiences, cowboy.

did ron stop smoking Kools and if so do you know when?
Click to expand...

only when very, very sick
C

Tomorrow will be my last day here, for a while. A couple of people here do know who I am and can get a hold of me to let me know when I should revisit the site, which I shall do occasionally. I guess if enough of you shouted then I'd get the word.

I do want to clear up something someone mentioned. I said the tech doesn't work. But I said I got wins. Both are true.

I learned how to communicate better in Scn. I learned how to study well. I frequently came out of session feeling better, after having talked about whatever might be bothering me. I had realizations that made me feel good.

However, each of the levels have abilities you're supposed to gain, as well everybody knows. Other than the lowest levels, I didn't see anyone ever, even temporarily, reach those points.

I have been to church with friends. In various churches, I've had some realizations listening to pastors. I've smiled and felt good.

I've been to Asia many times and talked to Budhist monks. They have helped me cognite on certain things.

So, asking whether Scn works is not the same as asking has it ever produced wins. The fundamental tech basics, although logical, when accepted and then acted on.... releasing engrams, BTs, etc, simply doesn't achieve the promoted end results. Not on Hubbard or anyone else I ever met.

I could likewise make certain analogues to the admin tech. Though there are good ideas, it is largely contrived hogwash. Again, that's not to say there aren't equivalents even in the outside world to precepts of admin tech, that can be effective. But all of it? Errrr. Baloney.

Just cause you say something and people believe it doesn't make it real.

Thanks for dropping in, Cowboy.
As far as I'm concerned, you're welcome back anytime it takes your fancy.
Your posts here are well appreciated.

Thank you for all you have shared!

Before you go can you give us one last story about little Dave? It was this cliffhanger that got me so excited

I'm considering giving some reflections of someone many despised at that time, a guy who had little power, little presence, and little stature....
Click to expand...

uncover said:
After you pathological thread derailing cowboy obviously has lost the interest to answer any questions. But anyway I will answer your question instead:

commander birdsong is The Grinch Who Stole Christmas

as any fool can see, cowboy, having produced a magnificent literary tour-de-force of enduring value in form style and content is resting on his many laurels giving his supreme effort the silence it is due

I have one question.
It has been reported in the book Bare-Faced Messiah that L. Ron Hubbard was furious at the news of Quentin's death:


The Hubbards moved in at the beginning of October 1976 and began to enjoy a new life of tranquillity on their ranch in the desert. The messengers noticed a change in the Commodore; he was much more relaxed than formerly and usually in good spirits. But on the morning of Wednesday, 17 November, as Doreen Smith was running across the Rifle to begin her watch, she could hear him shouting at the top of his voice: 'That stupid fucking kid! That stupid fucking kid! Look what he's done to me! Stupid fucking . . .' As she got closer, she could hear another unearthly, chilling noise. It was Mary Sue keening, barely drawing breath, but emitting a terrible endless scream.

When she entered the house, the messenger she was relieving was in tears. She sobbed out the awful news: 'Quentin's killed himself.'

...
​
Mary Sue screamed for ten minutes when she heard the news. 'It was horrendous,' said Kima Douglas. 'It kept on going. I couldn't believe she could get that much air in her lungs. The only time I had ever really seen her cry before was when Vixie, her Corgi, died and I had to give it mouth-to-mouth resuscitation to try and revive it. The old man didn't cry or get emotional. He was furious - really angry that Quentin had done it.'​
You confirmed that LRH didn't cry or get emotional. Did you also notice that LRH was angry with Quentin because his action damaged his image?

Enthetan said:
CB, I like you, but I think it's time you had your meds adjusted.
Click to expand...

i spent all of valentine's day from nine in the morning until past midnight adjusting my meds
You must log in or register to reply here.

The Commander's favourite "Cowboy posts". Memoirs of working with Hubbard.
2 3