[Yes, I know there is a thread about this. I think a thread with a less cryptic, more Google friendly title would be very useful. If the mods disagree, I'm sure this will be merged or nuked, and I'll be suitably chastised.]

In the March issue of Vanity Fair, Ned Zeman gets to the bottom of one of Scientology’s great public mysteries: what happened to Shelly Miscavige, the once-beloved wife of the organization’s leader, David Miscavige. Out of sight since 2007, her whereabouts have remained such a conundrum that last year actress Leah Remini filed a missing-persons report after herself fleeing the Church. Below, in an excerpt from his profile, Zeman explains what happened when Shelly, once a high-level Scientology executive, fell from grace. For the full story, pick up an issue on newsstands today.

Many members regarded Shelly as Sea Org’s most valuable “shock absorber.” For starters, she was a master at back-channel diplomacy. Marc Headley recalls, “D.M. would come in and say, ‘You guys fucking suck! I don’t know what the fuck is wrong with you! You’re going to the Rehabilitation Project Force!’ ”—the punitive re-education program. “Shelly would come in five minutes or an hour later and say, ‘O.K., guys, you aren’t going to the R.P.F. Let’s figure out how we can get this done.’ ” Gary Morehead, a former Sea Org member, who was head of security at Int Base, says many church members had no idea just how much Shelly protected them. On the sly, he says, she would “adjust” some of the church’s most outrageous policies. When one of Miscavige’s rages portended violence, Shelly was the first and final line of defense. “She was the only person I ever saw try and put a check on his outbursts,” says Claire Headley. “She was the only person that would even try to intervene.”


She’d try to be discreet, employing a light nudge or a soothing whisper. Other times, she’d try to gently steer him out of the room: “Let’s go. Let’s not do this.” “There were times when he’d hit somebody, knock them off a chair, kick them,” Rathbun recalls. “When he’d go in for more, she would restrain him.” By 2004, Headley says, “Shelly was cowed. She was always stressed. She was never sleeping. She was just run ragged. Because of that, she was often in a bad mood, and that’s where some people would just say they hated her . . . But she was never an evil person, and I thought she really cared. It was just a god-awful situation.”

In late 2006, according to multiple sources, Shelly was tasked with a Sisyphean project. Already various Sea Org officers had tried and failed to satisfy Miscavige’s wishes for a new and improved “Org Board”—a corporate reshuffling, basically. Shelly, despite months of round-the-clock drafting and re-drafting, fared no better. Miscavige rejected everything.


At this point they were communicating from afar. Rather uncharacteristically, Miscavige had felt a strong and sudden need to spend time in Los Angeles, which housed the church’s publishing unit, about to peddle its latest book of Hubbardisms. In the meantime, at Int Base, Shelly went back to the Org Board. Then, for reasons known only to her, she made two executive decisions. Without Miscavige’s O.K., she disseminated the chart and informed people of their new titles and duties. Additionally, in order to facilitate renovations on Miscavige’s living quarters, she had some of his belongings boxed up and moved to a temporary housing unit, according to John Brousseau.


Within days, former colleagues say, Shelly seemed to know she was living on borrowed time. “She puttered about for maybe a week or two, being very sheepish and withdrawn,” Brousseau recalls. “Not really contributing. Telling her domestic staff not to bother taking care of her—that she could make her own meals. She’d say, ‘It’s all right,’ and sort of be very undeserving, knowing that she was in a crap-load of trouble.”


Mike Rinder, having just seen Miscavige, was cornered by Shelly. “She asked me whether he was wearing his platinum wedding ring or his gold one,” Rinder says, “like she didn’t want to ask if he was still wearing his wedding ring.” Soon Shelly was stripped of her duties and was shadowed by a watchful handler while attending her father’s funeral, according to Marc Headley. There she went to the bathroom and was approached by a former Scientologist who had been declared an S.P. and didn’t know where to turn. “Listen to me,” Headley claims Shelly said. “I fucked up, and I’m not going to be able to help you.”

Ned Zeman has a great overview of the missing First Lady of Scientology, church leader David Miscavige’s wife Shelly, someone whose disappearance we’ve been writing about for a long time.

Zeman has put together a rich history of the Miscaviges, which is particularly good for the quotes he gets from people like Marc and Claire Headley, John Brousseau, and Tom DeVocht.
Click to expand...

NOCOSTX 2 hours ago And of course, a BIG question is; Why is sister-in-law Sally Harvey Miscavige living in Richardson, TX in a home owned by a Dallas County judge while David swears in the Rathbun case that he has NO connections to Texas?

NOCOSTX 2 hours ago And of course, a BIG question is; Why is sister-in-law Sally Harvey Miscavige living in Richardson, TX in a home owned by a Dallas County judge while David swears in the Rathbun case that he has NO connections to Texas?

There are some interesting connections being made at the Underground Bunker regarding that comment.
http://tonyortega.org/2014/02/05/va...ientologys-vanished-queen/#comment-1233545162

aegerprimo said:
There are some interesting connections being made at the Underground Bunker regarding that comment.
http://tonyortega.org/2014/02/05/va...ientologys-vanished-queen/#comment-1233545162
Click to expand...

I have so much trouble with the comments section over there. Very frustrating to try to read. And forget about trying to post. Every time I try it crashes my computer.

I am very curious about this. (Plus I live in Richardson, Tx, which is a suburb of Dallas. I am curious!)

Bea Kiddo said:
Can you post them here? Copy and paste?

I have so much trouble with the comments section over there. Very frustrating to try to read. And forget about trying to post. Every time I try it crashes my computer.

I am very curious about this. (Plus I live in Richardson, Tx, which is a suburb of Dallas. I am curious!)
Click to expand...

Sorry about the formatting, but this is the best cut-and-paste I could do without losing the links.

I have been a loyal subscriber to VF since my mom past away in 2003..before that I always stole her issues.. I remember reading it as far back as high school and they did an article on Furries hahahaha... Anyway, I'm debating downloading the copy bc I just enjoy holding the magazine and that whole experience. I did d/l it when they did the article about TC and the wife shopping just so I could keep up with all of you and the Bunker hahahaha.. Y'all are sure making it hard on me right now

i also can't keep the comments straight at the Bunker.. It crashes my iPad and since they are over 900 I'm gonna try but it won't be pretty.. It really is the needle in a haystack!

My visitors left yesterday so I really should be vacuuming.. But since the baby is taking a nap.. I guess I can procrastinate a little more

if anyone wants to paste good comments..I sure would appreciate it! I'm gonna go look but I'm not thinking I will find what I am looking for.. If I do, I will post them here too

I made these shoops for the Underground Bunker (yesterday) and seemed appropriate to share here... 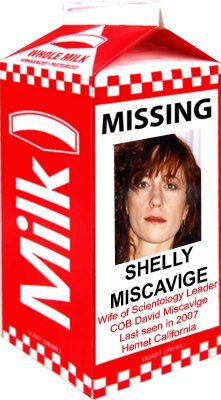 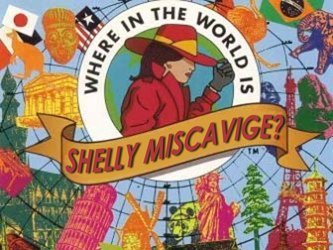 In the new issue, Vanity Fair alleges that Church of Scientology leader David Miscavige’s wife, Shelly, disappeared in 2007, without explanation. So, what do sources say happened to her? And, how is the church responding to the allegations?
Click to expand...

The Indie blog Possibly Helpful Advice has a post urging Indies to read the story.

But we encourage you to seek out and buy the magazine.
Click to expand...

The Mystery of Shelly Miscavige: Missing since 2007

Vanity Fair, March Issue. The secret is out so I can post
2 3

REPORT: Man was hired to keep Shelly Miscavige from escaping Scientology base near LA
2 3