Ok! So I haven't seen anything else on this and it is my main
sticking point of their lies!

I was asked to be the Flag Rep for Chicago Org.
They told me that I would earn exactly the same pay as the ED
of Chicago (at that time the ED was Sarah Wells).

They told me she (Sarah Wells) earned between $400.00 to $600 per week depending upon the services delivered by the church.

They told me that with a Flag rep in the Org that would likely increase.

They said there was a small thing I had to do.

JOIN THE SEA ORGANIZATION and a few months of training in NY.

I had a job that paid more than that but I wanted to stay in Chicago more, so I said OK. They had been trying for weeks to recruit me onto staff while I was writing tone scale letters to central files names and addresses, and taking out all their trash et al. They did some Grade 0 auditing on me to help some auditor chick get a cert for it. I had refused signing a contract or becoming staff due to never having signed a contract to be employed previously and my intended current job, which was changing cities. I wanted to stay in Chicago and they found that button and pushed it along with the money aspect.

They utterly lied to me about all this, I WAS A STAT PUSH AND A PAWN IN THEIR BULLSHIT SCAM GAME!

Harry (the Chi Org HAS) did mention that the last person they sent to be a Flag Rep didn't return because he agreed to do something else in the Sea Org instead. He assured me that Flag wanted a Rep in Chicago and would do anything to
place me there.

Roy Sharkovitz (sharky?) the CLO Flag Rep SNR was supposed to train me but when I showed up he transfered out.

(btw, all this happened within a month of me walking through the door at Chicago Org with no knowledge of any kind of SCN other then it was a cult started by L. Ron Hubbard. A long time friend worked as the Treas Sec Chicago and I visited him passing through to my next job)

In between that: Chris Darby (left with Carlos Manrique) was my SNR Flag Rep, and Jose Muarno's sister were training me.

A person named Nick Stadnick (Flag Rep New Haven Org) and Kevin Condon (Flag Rep Boston Org) were trying to help me out with what was going on. Nick kept saying that I was "Illegally" ripped off post.

Anyway, after the renos was over, the A. treas aide (Dennis Daganais) told me that I was to be reposted as a Security Guard at CLO EUS. He also informed me that my standard Sea Organization pay was $30.00 per week.

Oh wait, I never did sign the Sea Org contract, I should have walked the fuck out the door!

Anyway, to get to my point. Are there any actual Flag Reps in the Orgs? How long do they last before being ripped off post to do other things?

I am wondering if that is an Org's golden carrot to get raw meat into the Sea Org when all other methods of recruiting goes south.

Well, there are no Flag Regs at Cincinnati Org. We had 3 of them in 14 years and none of them were on post for more than a year before being yanked back to the CLO. I think 2 of the 3 were beached. Two of them were just kids and did not really have a clue about their post much less about life.

At one time, we even "gave" the CLO a child of a Public with the hopes of a trade for a Flag Rep. The Flag Rep never came. Why is it that you cannot seemingly trust a Sea Org member? That's a generality, but in my experience, there are very few that stand by what they have said. That's really a problem because people in the so-called wog world operate on trust and handshakes daily. I do.

"golden carrot" ? ....there is no golden carrots from that bunch .... just lots of golden showers

Auditor's Toad said:
"golden carrot" ? ....there is no golden carrots from that bunch .... just lots of golden showers
Click to expand...

Actually, I remember there always being a Flag Rep around. It usually felt like a giant pain in the a$$. Crazy bullshit targets, where the evidence for the compliance took more time than actually doing what was asked for...and you really got that management had no fucking clue what was going on in the org. You'd bullshit something together so you didn't get more chits. Sometimes I forget what a clusterfuck the whole scene was like...

Auditor's Toad said:
"golden carrot" ? ....there is no golden carrots from that bunch .... just lots of golden showers
Click to expand... 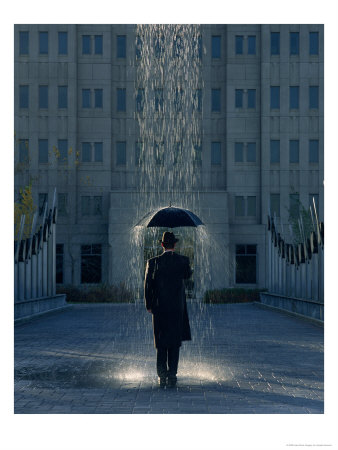 clamicide said:
Actually, I remember there always being a Flag Rep around. It usually felt like a giant pain in the a$$. Crazy bullshit targets, where the evidence for the compliance took more time than actually doing what was asked for...and you really got that management had no fucking clue what was going on in the org. You'd bullshit something together so you didn't get more chits. Sometimes I forget what a clusterfuck the whole scene was like...
Click to expand...

That was what I took from the post while training at the NY Org.

I had a bunch of program targets that had to be done by Thursday at 2pm.

Trying to find the terminals in the org was nuts, they were either "on course," busy with public, out regging, on the phone, dealing with ethics stuff. You name it, it was all avoiding my arrival to get evidence that the targets had been worked on or met to check off for the programs chiefs.

I was getting the impression from them that the programs were utter bullshit and they absolutely couldn't meet any of the targets otherwise how difficult would it have been to give me some evidence that they were working on what CLO was telling them they needed to do to KSW and expand the Org to St. Hill seizure...
You must log in or register to reply here.