phenomanon said:
I don't recall the exact reference, but the wording was " anything the thetan has done before, he will do again".
Click to expand...

Seems like a nice way for LRH to avoid any responsibility for training people (and potentially reveal HIS OWN lack of knowledge in those areas, if he tried training people). This way, anything going wrong would be blamed on the Sea Org member, and no "failure to supervise" blame accruing to LRH.

Enthetan said:
Seems like a nice way for LRH to avoid any responsibility for training people (and potentially reveal HIS OWN lack of knowledge in those areas, if he tried training people). This way, anything going wrong would be blamed on the Sea Org member, and no "failure to supervise" blame accruing to LRH.
Click to expand...

It had to do with motivation. In a real military, in a real war, with real things at stake like national security, liberty, borders, protecting allied countries, etc. people are self motivated. They also are motivated over real benefits like health care, and pensions instead of co-auditing up the Bridge to Total Freedom as an impoverished, demoralized staff member. The discipline in the military is severe but they are in the business of life and death. LRH must have been envious of the military to not be able to order people to charge to their deaths regardless of lack of prior experience in charging to one's death and to execute them for things like mutiny. That was the greater injustice.

Most of the motivations in the Sea Org are avoiding punishment, saving the planet from degraded Wog's bad judgement and psychiatry (who LRH seemed mostly to want to replace - not eradicate), auditing people to erase subconscious and actual demons, maybe crew loyalty (for all those people writing knowledge reports on each other), but there is little else unless you also believe that we are still at war with the Marcabian Confederacy.

The main real problem with a lack of motivation in the Sea Org is a decrease in revenues to LRH's offshore accounts and diminishing his ability to stamp his name into history. Any reason to shoot down excuses will suffice, including the idea that everyone should be expected to know and do what LRH wants because they already did all of this before when they served him as a Loyal Officer in another life time.

That's really why all this elaborate LRH whole-track Matrix construct is so important. There's just no there ...there.

HelluvaHoax! said:
Another incredibly stupid Flag Order. Almost the one I am thinking of, but it's not the same one.

The Flag Order I am recalling quite clearly stated explicitly that "...a thetan has done everything before"--or wording very close to that.

I should probably offer a reward to anyone who finds that F.O. Maybe a Monopoly-like card that says "GET OUT OF THE CHAIN LOCKER FREE"--that people can use when they are ordered to the chain locker.

While sadistically terrorizing a hysterical 4 year old Danny Green by imprisoning him in the ship's chain locker, Hubbard was insisting everyone else followed his orders to have good manners and etiquette, per "Flag Order 38".
Click to expand...

Ohhhh docked of a weeks pay. So 20p then ???? or nothing depending on which week you choose

Margaret said:
Ohhhh docked of a weeks pay. So 20p then ???? or nothing depending on which week you choose
Click to expand...

Don't even get me started on staff pay and conditons ! 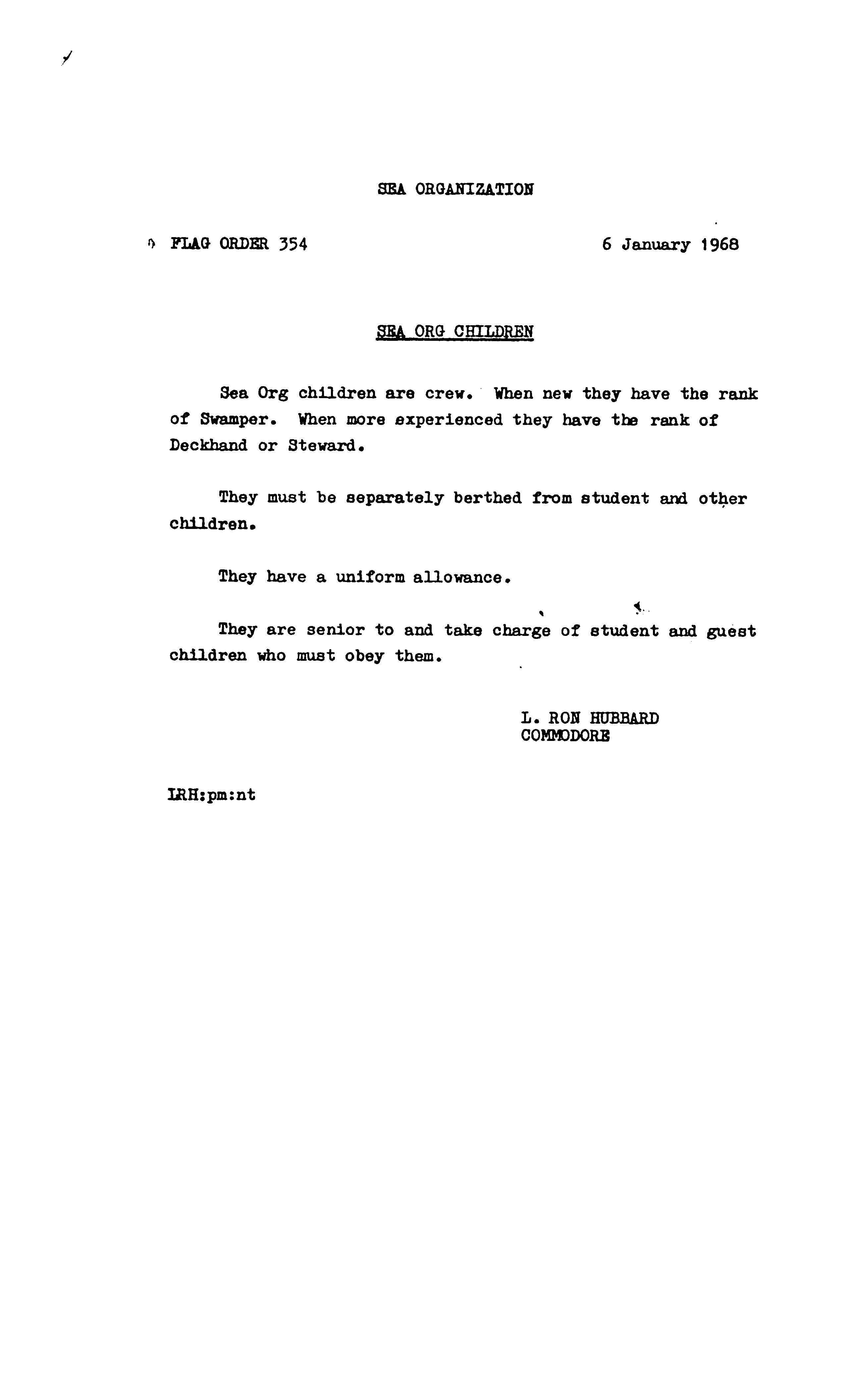 SO Acceptance and Leaving - FO 2627RA

Why I No Longer Support the Church of Scientology